Did you know that, when Jesus was nailed to a Roman cross, a placard called a superscription was placed over His head with the accusation laid against Him?

This sign is mentioned by all four Gospel writers and yet the words expressed differ one from another. You may wonder why they are different, how they can be reconciled, and what is the significance of this detail about Jesus’ crucifixion. This Digging Deeper will delve into this matter to reconcile our four accounts and explain the spiritual significance of this inscription.

Historical sources inform us that a placard naming the charge against a person to be crucified (who was called a cruciarius) was inscribed on a white tablet with red or black ink letters and hung around the person’s neck as they carried the cross beam to the crucifixion stake. According to John 19:19, Pilate wrote this superscription to be affixed to the cross. Matthew 27:37 says it was placed over Jesus’ head. Since the crucifixion was a public display, its purpose was to deter on-lookers from crimes against the state.

Historically, this sign above the cross has been called the superscription, inscription, or the title on the cross. Webster’s 1828 Dictionary defines superscription as: “That which is written or engraved on the outside, or above something else” (e-Sword 13.0). The International Standard Bible Encyclopedia, edited by James Orr, explains the various biblical terms for this inscription: “The fullest description is that of Mark, ‘the superscription of his accusation’ (ή ἐπιγραφὴ τῆς αἰτίας ἀυτοῦ, hē epigraphḗ tḗs aitı́as autoú) (Mark 15:26). Matthew calls it more briefly ‘his accusation’ (τὴν αἰτίαν αὐτοῦ, tḗn aitı́an autoú) (Matthew 27:37), while Luke styles it merely ‘a superscription’ (epigraphē) (Luke 23:38). In the Fourth Gospel it is called a ‘title’ (τίτλον, tı́tlon) (John 19:19)” (Ibid.).

The words of the superscription differ among the four Gospels:

The Scofield Reference Bible Notes (1917 Edition) reconciles these differences simply: “These accounts supplement, but do not contradict one another. No one of the Evangelists quotes the entire inscription. All have ‘The King of the Jews.’ Luke adds to this the further words, ‘This is’; Matthew quotes the name, ‘Jesus’; whilst John gives the additional words ‘of Nazareth'” (e-Sword 13.0). Vine’s Complete Expository Dictionary of New Testament Words adds that: ” … the variation serves to authenticate the narratives, showing that there was no consultation [collusion] leading to an agreement as to the details” (Ibid.). Compiling the various Gospel accounts, this superscription read “This is Jesus of Nazareth, the King of the Jews.”

Ellicott’s Commentary for English Readers explains these differences further: “But in part also they may reasonably be ascribed to the natural variations sure to arise even among eye-witnesses, and à fortiori among those who were not eye witnesses, as to the circumstantial details of events which they record in common. On grounds of ordinary likelihood St. John’s record, as that of the only disciple whom we know to have been present at the crucifixion (John 19:25), may claim to be the most accurate” (e-Sword 13.0).

A superscription in three languages

The difference in phrasing may in part be due to the arrangement and translation of words from these three different languages. Necessarily, the superscription must have been sizeable to contain the total content. A Dictionary of Christ and the Apostles, edited by James Hastings, explains why it was displayed in more than one language: “The three languages of the τίτλος—Hebrew (i.e. Aramaic), Latin, and Greek—represent, as Westcott remarks, the national, the official, and the common dialects respectively. The true reading, therefore, preserves the more natural order. Bilingual and trilingual inscriptions such as this were naturally common in the East under the Roman Empire” (e-Sword 13.0). Another explanation declares the three languages were those of religion (Hebrew), of empire (Latin), and of intellect (Greek). Hebrew was the local language of the Jews, Greek was the universal tongue of the eastern Roman Empire, and Latin was the official language of the Roman government.

The College Press Bible Study Textbook hypothesizes why Pilate directed these words to be affixed to Jesus’ cross (John 19:19-22): “Pilate may have ordered it nailed to His cross to clear his record with Caesar, since the basic charge of blasphemy for claiming to be the Son of God would not interest Roman jurisprudence” (e-Sword 13.0). The Jews condemned Jesus for blasphemy (Matthew 26:65). However, they did not have the authority to execute Jesus without Roman permission. They laid the political charge of insurrection on Jesus when they presented Him to Pilate. Being Roman governor, it was Pilate’s responsibility to investigate. He knew it was out of envy they falsely accused Jesus (Matthew 27:18). Pilate pronounced Jesus an innocent man (John 19:4, 6). The Jews in turn tricked Pilate into condemning this innocent man (John 19:12). Pilate had already been in trouble with the Roman emperor so he did what was expedient for his career by handing Jesus over for crucifixion.

The Jews wanted to change the superscription wording to state that Jesus claimed to be King of the Jews (John 19:21). Jesus never made such a claim. From his earlier conversation with Jesus, Pilate learned that Jesus was not threatening the Roman Empire when He explained ” … My kingdom is not of this world: if my kingdom were of this world, then would my servants fight, that I should not be delivered to the Jews: but now is my kingdom not from hence” (John 18:36 KJV). Others claimed Jesus’ kingship for Him (John 12:13). Inadvertently, Pilate formalized Matthew’s theme that Jesus was the King of Israel – i.e., He was the prophesied Messiah from the Hebrew Bible. Pilate publicized that the Jews had killed their King. Out of spite and revenge, he humiliated the Jews for their forcing him to concede to Jesus’ death. The Jews wanted Pilate to anathematize Jesus through the crucifixion. Instead, his inscription endorsed Jesus’ kingly office. Like Balaam, Pilate in effect blessed Jesus when the Jews wanted him to curse Him instead (Numbers 24:10).

It is pertinent that when Jesus was born, Gentile wise men who traveled to the Holy Land to worship Him asked, “Where is He that is born king of the Jews?” (Matthew 2:2). During Jesus’ trials, Pilate, a Gentile Roman governor, proclaimed by this superscription “This is Jesus of Nazareth, the King of the Jews.” Pilate ennobled Jesus to the rank of King of the Jewish people. More broadly speaking, Jesus is not merely King of the Jews but the Lord of the universe and King over all humanity (Matthew 28:18; Revelation 17:14).

To bring our study to a close, a comment by J.M. Gibson in The Preacher’s Complete Homiletical Commentary, edited by Joseph S. Exell, summarizes the spiritual meaning of this superscription: “A better inscription for the cross the Apostles themselves could not have devised. ‘This is Jesus,’ the Saviour—the Name above every name. How it must have cheered the Saviour’s heart to know that it was there! ‘This is Jesus, the King,’ never more truly King than when this writing was His only crown. ‘This is Jesus, the King of the Jews,’ despised and rejected of them now, but Son of David none the less, and yet to be claimed and crowned and rejoiced in, when at last ‘all Israel shall be saved’” (e-Sword 13.0). 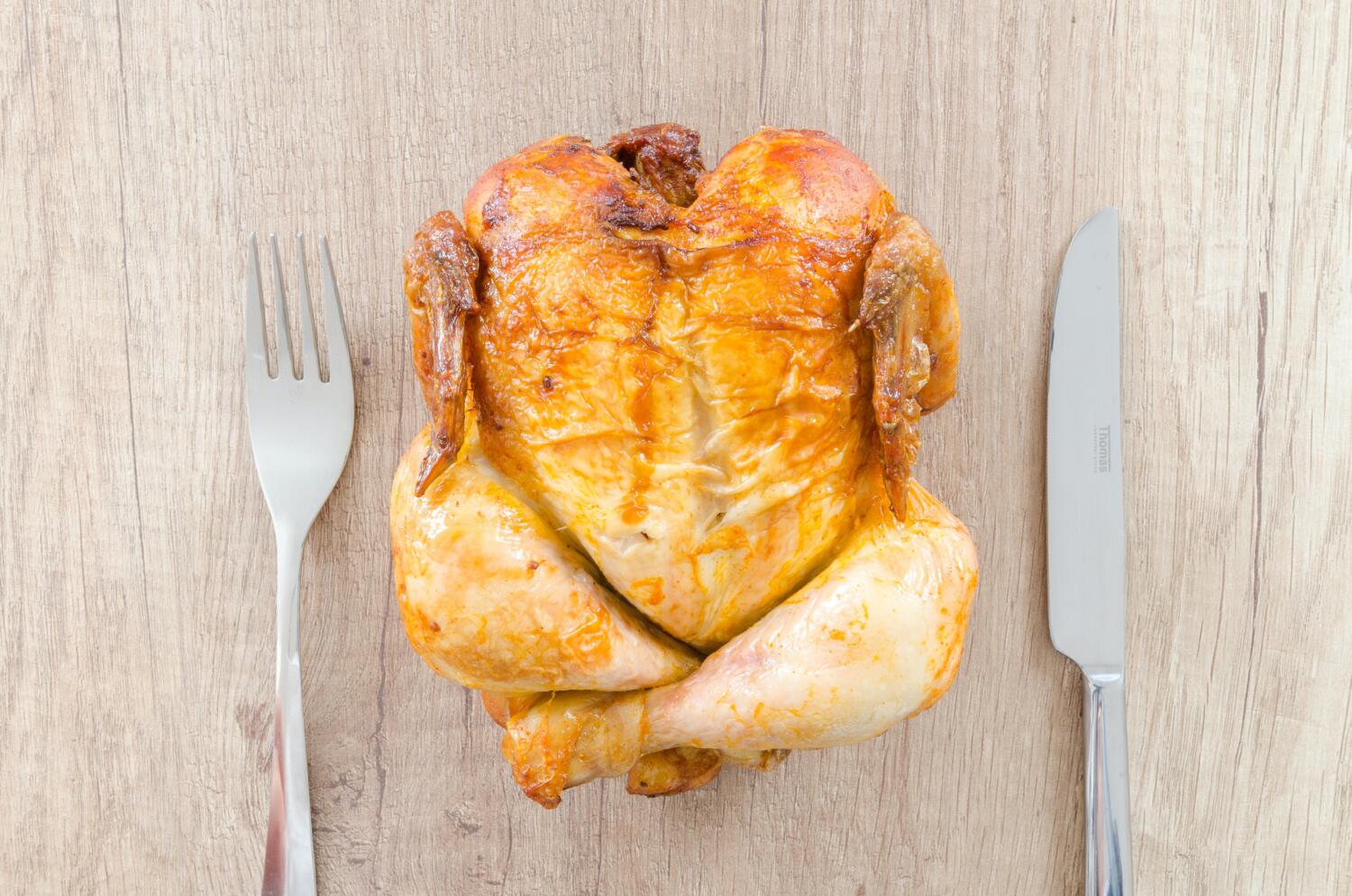 Forum Summary: The Meat of the Word 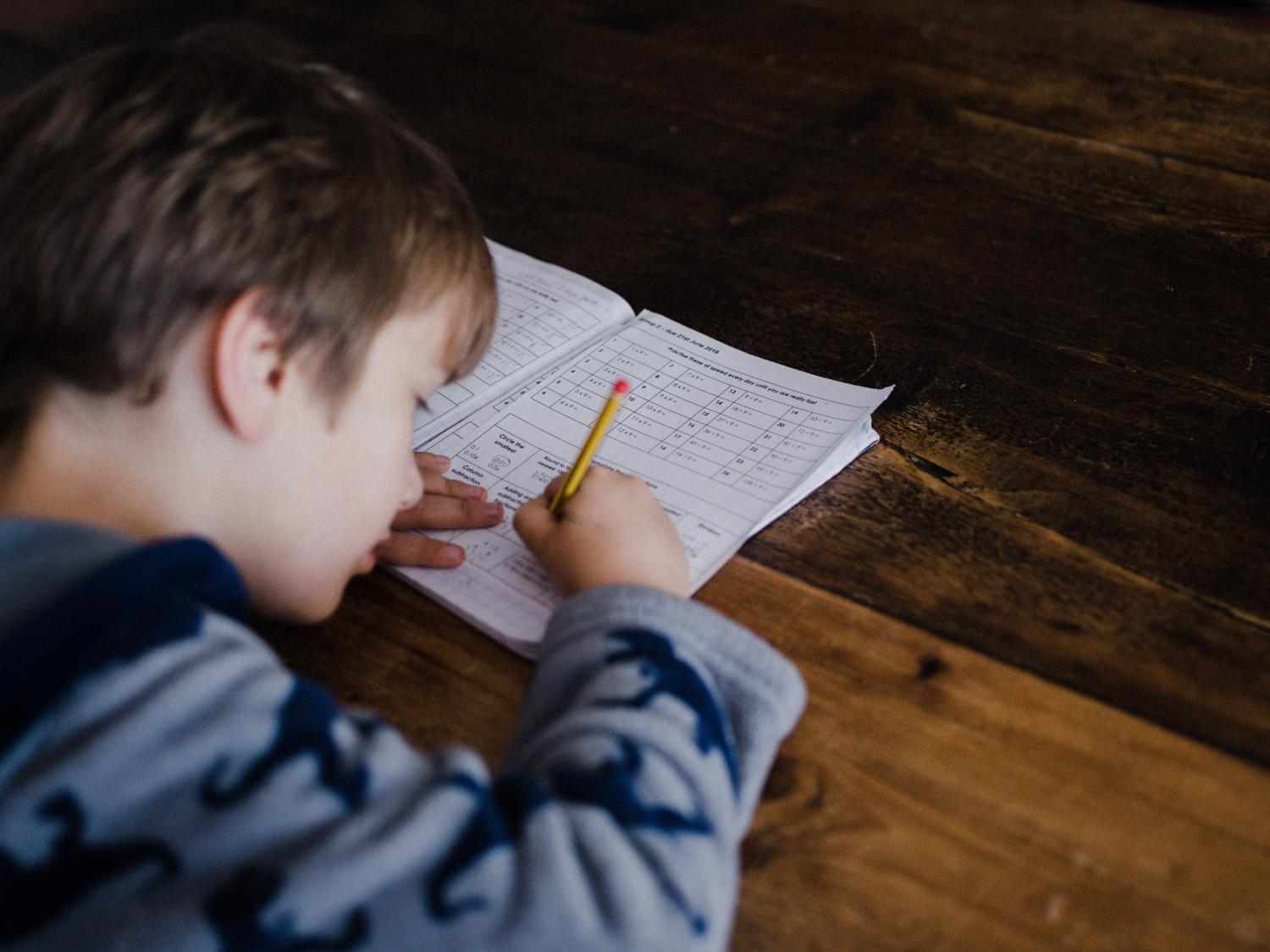 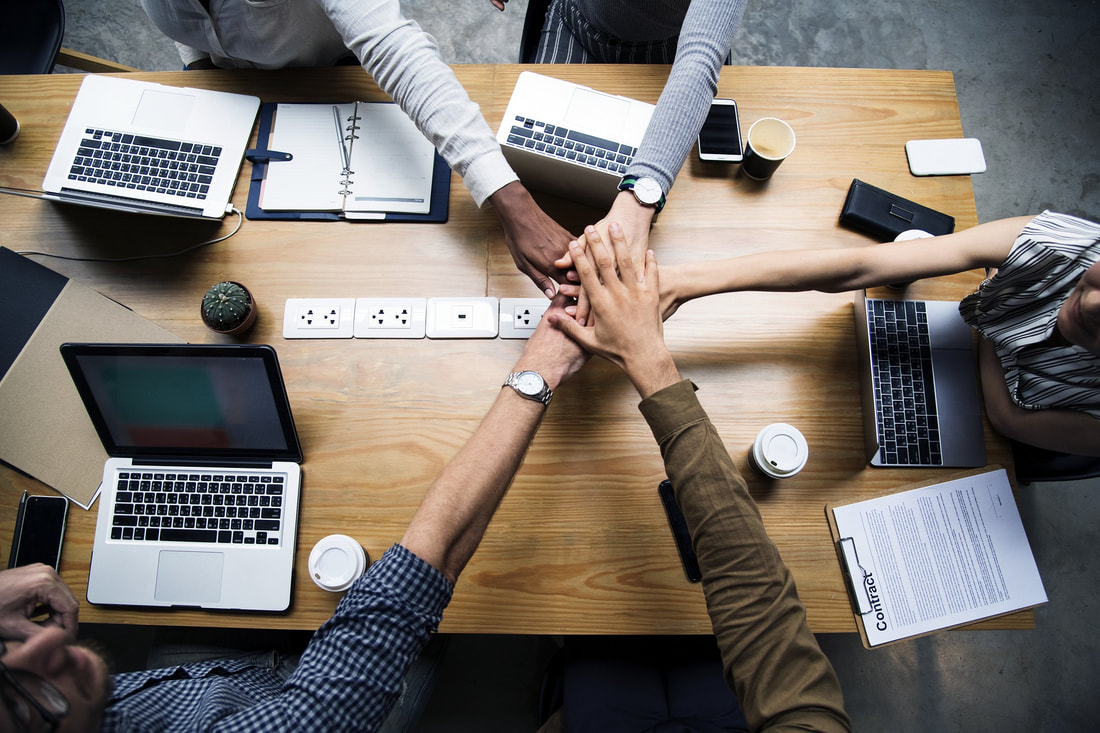 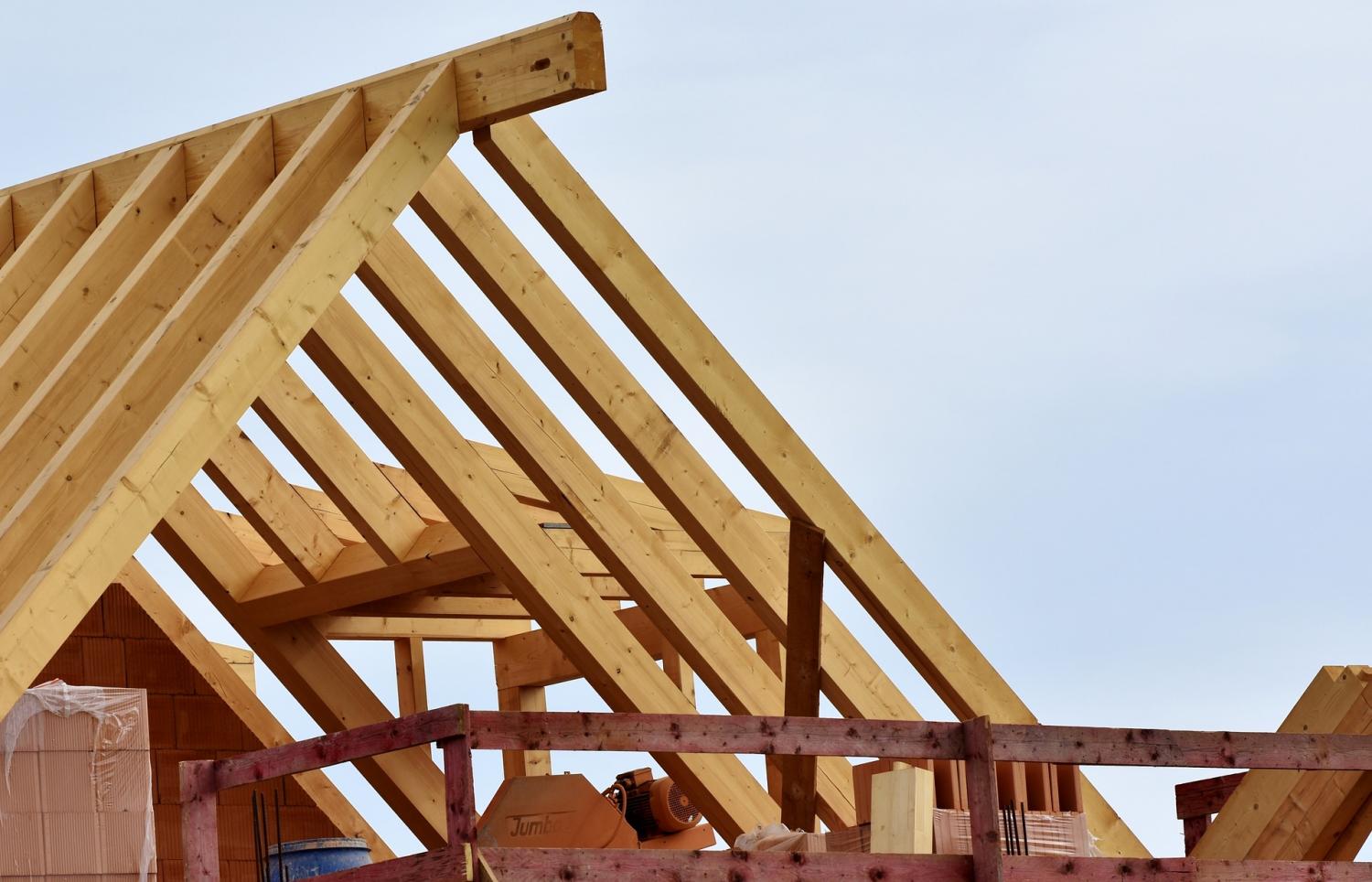 Course Spotlight: The Death of James
Scroll to top