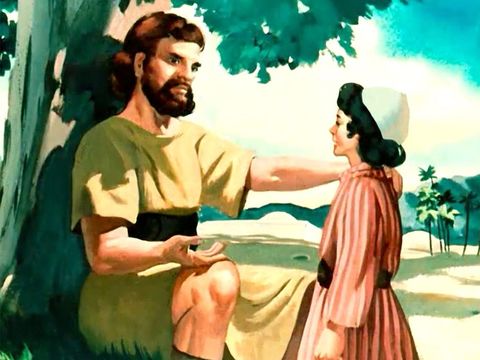 Jonathan, the son of Saul and David’s closest friend, had a son named Mephibosheth who was only five years old when his father died in a terrible battle. The nurse who was taking care of little Mephibosheth panicked when she heard the news of the battle. She was scared of what might happen, so she picked him up to leave quickly, but in her hurry, she dropped the young boy in such a way that his feet were badly hurt and he was lame for the rest of his life. The years went by, and one day, King David sat thinking about his friend Jonathan and wondered whether anyone in his family was still alive. That was when one of Saul’s old servants told David about the son of Jonathan. David was eager to meet him and to honor the covenant he made with his friend many years before.

So David said to him, “Do not fear, for I will surely show you kindness for Jonathan your father’s sake, and will restore to you all the land of Saul your grandfather; and you shall eat bread at my table continually.”

Children’s Bible Program – Level 1: Lesson 38 “The Time of the Judges”

Children’s Bible Program – Level 1: Lesson 23 “The Passover and the Death of the Firstborn”