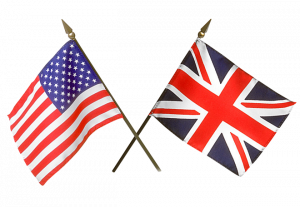 Read Together: After Abraham showed God that he would obey Him no matter what, God made His promises to Abraham unconditional. These promises included rulership, military power, and ownership of the most productive land on earth. Yet, Abraham died without having received them. Did God lie? No! God passed the promises on to Abraham’s son Isaac, and from Isaac to Jacob. Jacob, whose name was changed to Israel, had twelve sons, who next received the promises. Through Jacob, God gave the “scepter” promise, which includes kingship and the promise of the future Messiah, to Judah. A scepter is a staff that a king holds, which represents his rulership and authority. The promise of the Messiah was fulfilled in Jesus Christ, who was born of the tribe of Judah and who will rule over all nations. The “birthright” promise of national wealth and greatness was given to Joseph. The English-speaking nations of today, who are descendants of Joseph’s sons, Ephraim and Manasseh, have inherited the birthright promises. Many of the blessings we enjoy today are a direct result of Abraham’s obedience to God, and God’s faithfulness in fulfilling His promises to Abraham.

Genesis 18:19 “For I have known him, in order that he may command his children and his household after him, that they keep the way of the LORD, to do righteousness and justice, that the LORD may bring to Abraham what He has spoken to him.”