A man named Hosea,  who Moses called Joshua, was from the tribe of Ephraim. Joshua was already used by God in the wilderness as an assistant to Moses at Mount Sinai and as a leader of troops in a victorious battle against the Amalekites! Now the Israelites were coming close to the entrance to the land God promised them and it was time for Joshua to help out again – this time as a spy! Joshua and eleven other spies were sent into the land to see what the land was like and what kind of people lived there. When they returned, the group brought with them delicious fruit, exciting news of the land, and a disagreement that would impact the lives of every person in Israel.

“If the Lord delights in us, then He will bring us into this land and give it to us, ‘a land which flows with milk and honey.’ Only do not rebel against the Lord, nor fear the people of the land, for they are our bread; their protection has departed from them, and the Lord is with us. Do not fear them.” 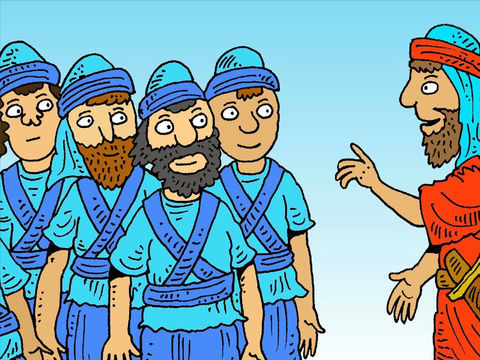