All Posts
You are here: Home1 / All Posts2 / LivingEd - Online Learning3 / Paul’s Travels 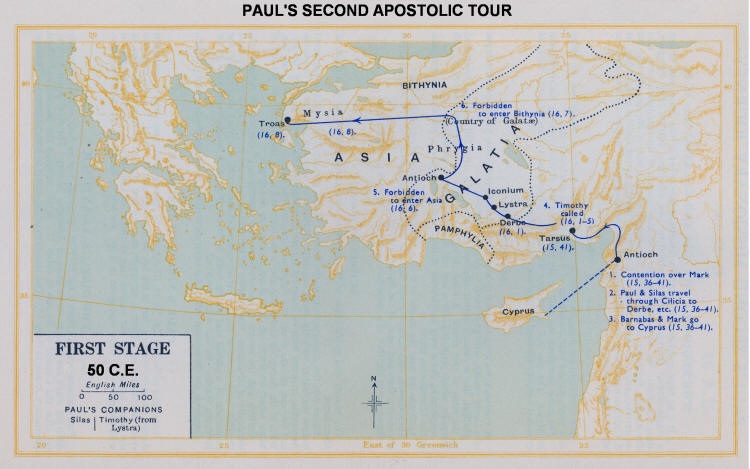 50 – Paul took Silas to Syria and Cilicia. Barnabas took his nephew John Mark to Cyprus and presumably on to Egypt (Acts 15:39).

50 – At Derbe Paul met Timothy (whose mother was a believing Jew and his father a Greek unbeliever) and circumcised him (Acts 16:1-3). Note: this matter is understood as one of expediency in order that Paul’s work among the Jews would not be hindered. It differs from the matter of Titus (Galatians 2:3) as some at Jerusalem had argued for the necessity of circumcision as a prerequisite to being a Christian.