Read Together:  Esau despised Jacob for tricking him, and Rebekah, their mother, discovered his plot to kill him. Rebekah advised Jacob to go to her brother Laban’s home and stay there until Esau had calmed down. Now Isaac and Rebekah were not pleased that Esau had taken Hittite women as wives, so Isaac told Jacob to take a wife from his uncle’s daughters in Padan Aram. Jacob set out from Canaan to the land of Haran with nothing but his staff. On his way, Jacob stopped for the night, and he had a very strange dream while sleeping under the stars. He dreamed there was a ladder that reached from heaven to the earth with angels going up and down. God spoke to him in the dream and gave Jacob the same promises that He had made to Abraham and Isaac. God promised to give him the land of Canaan and to multiply his descendants.  God promised to be with him and to bring him back safely to the land. Jacob was filled with awe! He anointed the stone where he slept and called the place Bethel, which means house of God. For his part of the covenant, Jacob promised to obey God and to tithe to Him. Jacob completed his journey, arriving at his uncle Laban’s home in Padan Aram. 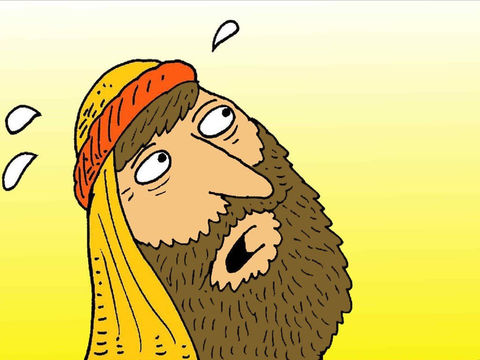