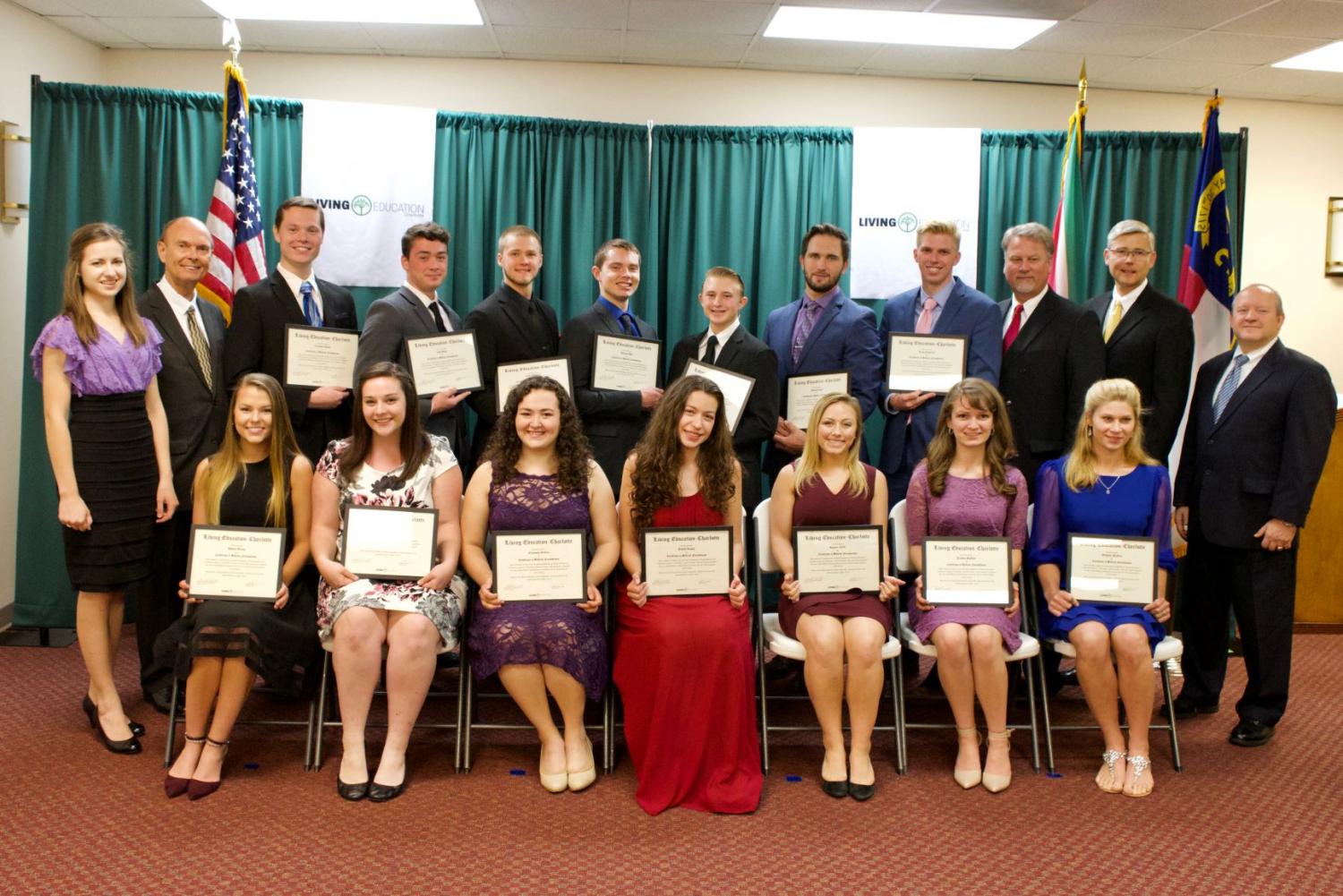 On Friday, May 17, 2019, the first Living Education-Charlotte Graduation Ceremony commenced. The staff meeting room of the Living Church of God’s international headquarters building was filled to the brim with family and friends, and the excitement of the graduates and those present to support them was palpable as the students awaited their certificates in assigned seats at the front of the room. Dr. Scott Winnail, the Living Education Assistant Director and the instructor of three of its courses, presided over the ceremony.

As the proceedings began, Mr. Roderick McNair, the Assistant Director of Church Administration, asked God’s blessing upon them. Dr. Winnail then introduced Mr. Jonathan McNair, Living Education’s Director, as the first to speak. Mr. McNair plainly stated the focus of the Living Education-Charlotte program—to support the leadership of God’s Church in its efforts to spiritually feed the flock of people that comprises the Bride of Jesus Christ, and to ensure that the next generation of the Church’s leaders are educated in biblical foundations. Following Mr. McNair’s address, Dr. Winnail introduced the esteemed evangelist Mr. Richard Ames, the Director of Media Operations for the Living Church of God. Mr. Ames detailed the history and legacy of education in God’s Church, from the Ambassador College institutions and Imperial Schools of the Worldwide Church of God, to Living Education’s direct predecessor, Living University.

As Mr. Ames returned to his seat, Dr. Scott Winnail had the pleasure of introducing his father, evangelist Dr. Douglas Winnail, the Church Administration Director. The elder Dr. Winnail also addressed the purpose of Living Education, in a manner of speaking, as he gave reflections and thoughts for the graduates and clarified the ultimate purpose of the education that is human physical life on Earth—to “Serve God and serve other people.” This inspiring message served to invigorate the assembled students and motivate them to apply their knowledge of the true God toward lives of heartfelt service.

After Dr. Douglas Winnail’s address, Dr. Scott Winnail directed the students to form a line. One by one, their names and hometowns were read, and the students were each given a hard-earned Certificate in Biblical Foundations, framed and ready for proud display upon office walls and living room mantles. Each student was also gifted with an officially-marked Living Education binder, which was, by one student’s description, “swanky.”

Finally, Mr. Gerald Weston, Presiding Evangelist of the Living Church of God, spoke to the students with an empowering graduation address. Mr. Weston reminded everyone of this world’s increasing hostility toward God’s way of life, and assured the students that they have a “rendezvous with destiny” as the end of the age draws ever closer. Students were encouraged to move forward boldly in Christ’s name, and to strive to grow in His grace and knowledge not because such a task is easy, but because it is right.

As theology faculty member Mr. Kenneth Frank closed the ceremony with a prayer, the students digested the spiritual food they had been served not only throughout the morning’s proceedings, but over the course of their nine-month Living Education experience. Living Education-Charlotte’s inaugural year having come to a close, its students prepared to once again be back in the world, grateful for the training they’d received in becoming greater Ambassadors for Christ.