All Posts
You are here: Home1 / All Posts2 / LivingEd - Online Learning3 / Digging Deeper: The Book Unlike Any Other

Did you know that there is one book in human history that is unlike any other?

Innumerable books have been written through the millennia of humankind’s existence. Solomon commented on this even in his time of the 900s B.C.: “And further, by these, my son, be admonished: of making many books there is no end…“(Ecclesiastes 12:12 KJV). It is impossible to imagine how many more books have been written since his time. I remember hearing years ago that another book about the American Civil War is released every day! These volumes describe only one event of U.S. history. Uncountable books have been written on all aspects of human knowledge. However, this Digging Deeper will reveal the book unlike any other.

That incomparable book is the Holy Bible. You may own one or several copies of this volume. To this day, it still is one of the most purchased books every year. What is it about this book that draws people to it, even if they don’t read it? Many think of owning one as a kind of good luck charm. People know there is something special about it, even if they do not know much about what is inside. Look on the spine of your Bible. Commonly, it is called the Holy Bible (at least on older Bibles). What does the word bible mean in common usage? Additionally, why is this particular book called holy? There is good reason why it is thus entitled.

The word bible simply means “book.” In common usage, the word bible is used in titles of handbooks or manuals, such as for hunters or fishermen. However, the word bible in the titles of these books is not preceded by the word holy. We need to explore these two words in greater depth to understand why the Scriptures are called the Holy Bible. The International Standard Bible Encyclopedia (ISBE) in its article “The Bible” provides us the derivation of our word bible: “The word ‘Bible’ is the equivalent of the Greek word biblia (diminutive from bı́blos, the inner bark of the papyrus), meaning originally ‘books'” (e-Sword 12.1).

Richard Watson’s Biblical and Theological Dictionary in its article “Bible” explains the origin of our word bible further: “The word Bible comes from the Greek Βιβλος, or Βιβλιον, and is used to denote any book; but is emphatically applied to the book of inspired Scripture, which is ‘the book’ as being superior in excellence to all other books. Βιβλιον again comes from Βιβλος, the Egyptian reed, from which the ancient paper was procured” (Bible Analyzer 5.4.1.22). The word has a humble origin, descending from the papyrus plant that grows in marshy areas. Reeds of this plant were cut, sliced, dried, and pounded at right angles onto another piece of papyrus to make a sheet – a sheet of paper. Our word paper descends from papyrus.

The International Standard Bible Encyclopedia provides further development of the term: “Jerome’s name for the Bible (4th century) was ‘the Divine Library’ (Bibliotheca Divina). Afterward came an important change from plural to singular meaning. ‘In process of time this name, with many others of Greek origin, passed into the vocabulary of the western church; and in the 13th century, by a happy solecism, the neuter plural came to be regarded as a feminine singular, and ‘’The Books’ became by common consent ‘The Book'(biblia, singular), in which form the word was passed into the languages of modern Europe’ (Westcott, Bible in the Church, 5). Its earliest occurrences in English are in Piers Plowman, Chaucer and Wycliffe” (e-Sword 12.1).  This constructive but unusual occurrence seems to have been providential since “The Books” became “The Book!” The ISBE continues: “This word designates the collection of the Scriptures of the Old Testament and New Testament recognized and in use in the Christian churches. Different religions (such as the Zoroastrian, Hindu, Buddhist, Mohammedan) have their collections of sacred writings, sometimes spoken of as their ‘Bibles.’ The Jews acknowledge only the Scriptures of the Old Testament. Christians add the writings contained in the New Testament” (Ibid.).

Christians refer to the Sacred Scriptures as the Holy Bible. Let us now focus on the word holy. Webster’s 1828 Dictionary in its article “Holy” provides this second definition in its list: “Hallowed; consecrated or set apart to a sacred use, or to the service or worship of God; a sense frequent in Scripture; as the holy sabbath; holy oil; holy vessels; a holy nation; the holy temple; a holy priesthood” (e-Sword 12.1). Therefore, we may conclude that the Holy Bible is a volume inspired by God as hallowed, consecrated, and set apart for sacred use in the service and worship of Him. In this way, it is The Book unlike any other. When we refer to The Bible we need to capitalize the first b in the word Bible for this reason. This acknowledges the respect people afford to God’s Book. Smith’s Bible Dictionary elaborates on this term, “It is The Book as being superior to all other books. But the application of the word BIBLE to the collected books of the Old and New Testaments is not to be traced farther back than the fifth century of our era” (e-Sword 12.1).

The Holy Bible contains the Old and New Testaments. Smith’s Bible Dictionary defines them this way, “The Bible consists of two great parts, called the Old and New Testaments, separated by an interval of nearly four hundred years. These Testaments are further divided into sixty-six books, thirty-nine in the Old Testament and twenty-seven in the New. These books are a library in themselves being written in every known form of old literature. Twenty-two of them are historical, five are poetical, eighteen are prophetical, twenty-one are epistolary” (e-Sword 12.1). There are within several different genres of literature, as Smith continues, “They contain logical arguments, poetry, songs and hymns, history, biography, stories, parables, fables [fictitous stories meant to teach a moral lesson], eloquence, law, letters and philosophy” (Ibid.). God inspired each genre in its unique purpose for conveying His message. Smith then describes the over 40 different human authors God inspired: “Among these authors were kings, farmers, mechanics, scientific men, lawyers, generals, fishermen, ministers and priests, a tax-collector, a doctor, some rich, some poor, some city bred, some country born — thus touching all the experiences of men extending over 1500 years” (Ibid.).

Our Holy Bible is God’s story in which He narrates His plan of salvation from creation (Genesis) to new creation (Revelation). Smith’s Bible Dictionary elaborates, “The Holy Bible is the name given to the revelation of God to man contained in sixty-six books or pamphlets, bound together and forming one book and only one, for it has in reality one author and one purpose and plan, and is the development of one scheme of the redemption of man” (e-Sword 12.1). Ancient books were written on long scrolls of papyrus or parchment (animal skins). A change was made centuries ago (that may be attributable to the early Christian church) of binding together several smaller sheets of paper on one common edge. This was called a codex. This enabled preachers a convenient way of transporting the Bible on their long journeys.

This Bible’s story includes the coming of His Son, the Lord Jesus Christ, to provide the necessary substitutionary atonement for human sin. Christians are blessed with four volumes about the life, teachings, and ministry of Jesus. Even then, these four are only a summary of His remarkable life and times. One of the four authors, John, informs us, “And there are also many other things which Jesus did, the which, if they should be written every one, I suppose that even the world itself could not contain the books that should be written. Amen” (John 21:25 KJV). However, these four volumes included in the 66 books of the Holy Bible provide Christians all they need to understand God’s magnificent plan of salvation.

Despite the various genres of literature, the many human authors, the vast separation of time between when these authors composed their books, God’s story contains one overarching theme: the redemption and salvation of those He made in His image. The next time you open your Bible, remind yourself that this is God’s Book and that He is communicating with you unlike in any other book. The Holy Bible is the Book of Books!

Digging Deeper: First Give Yourself to Christ 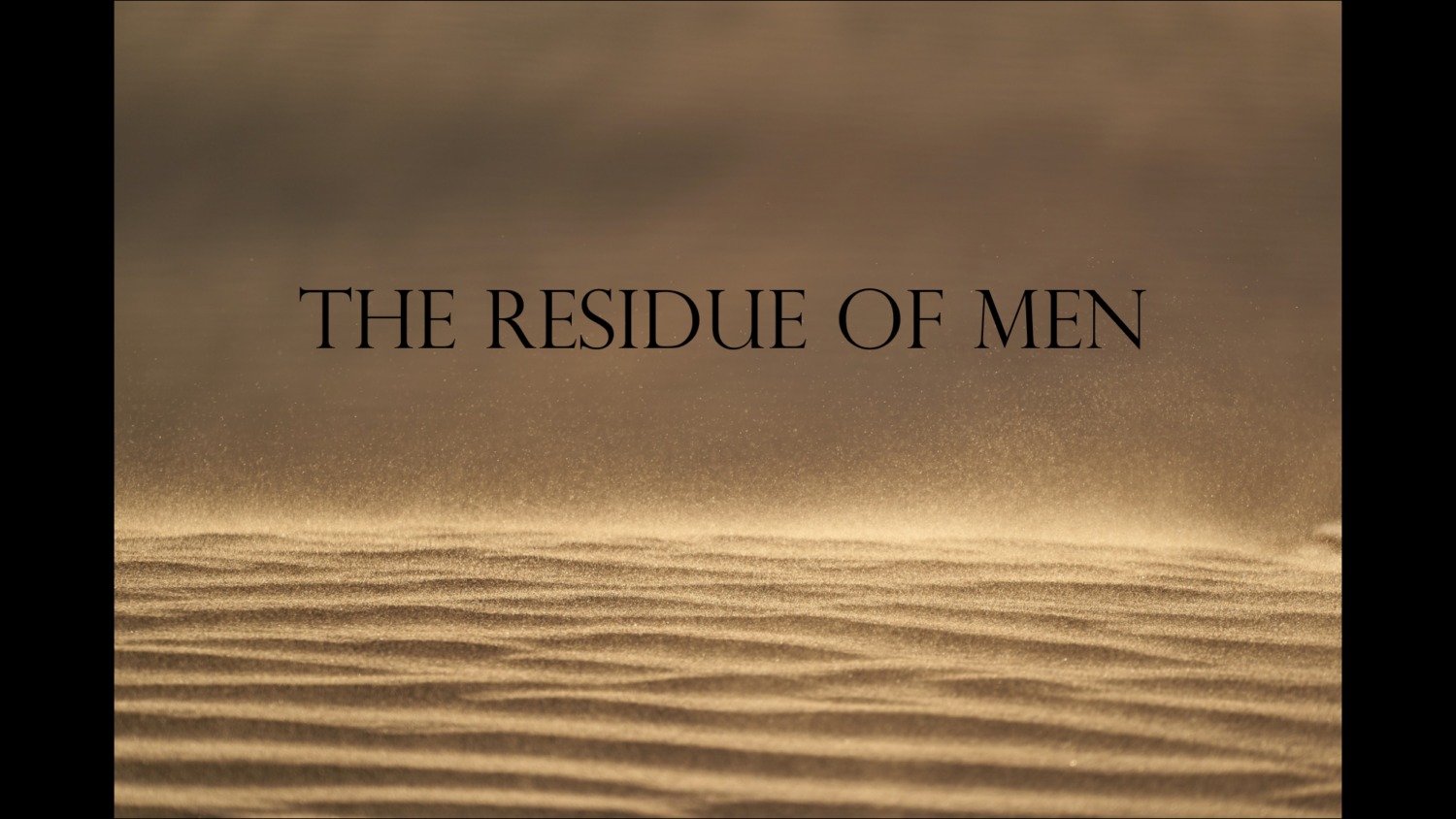 Digging Deeper: The Residue of Men 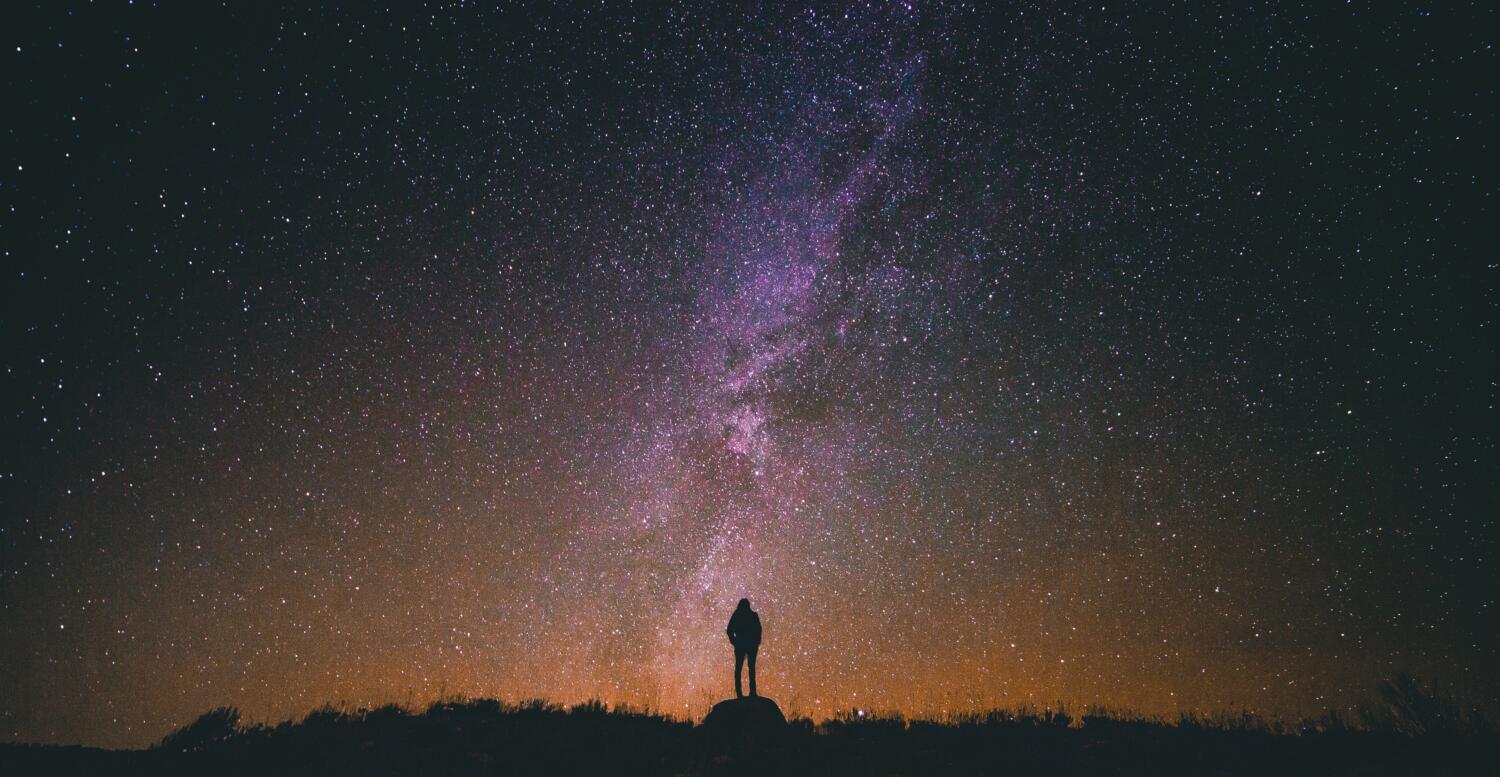 Student Answers – Why do you Pray?
Scroll to top