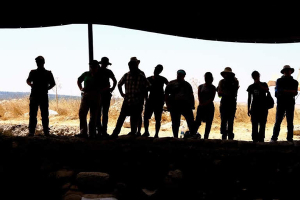 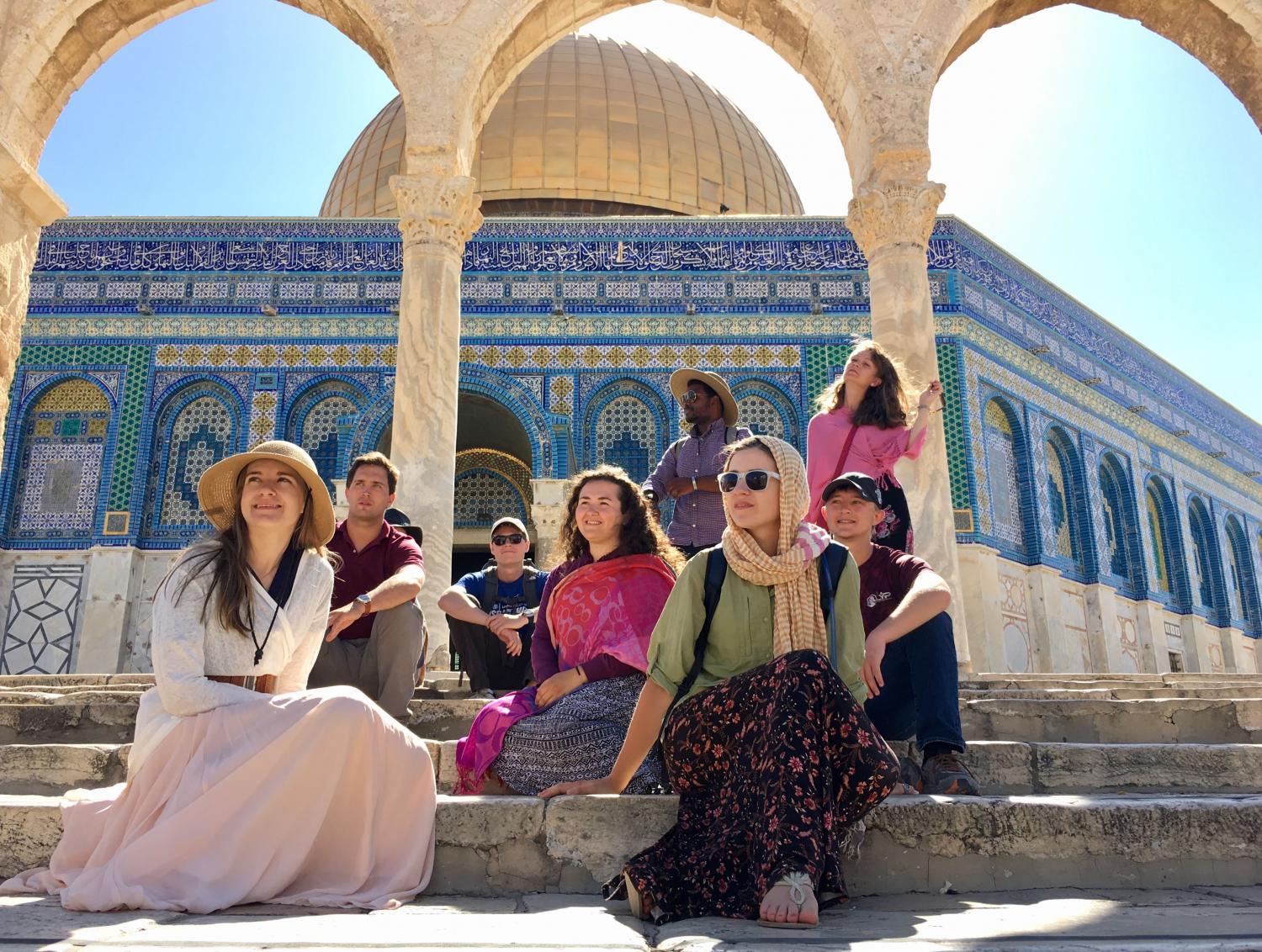 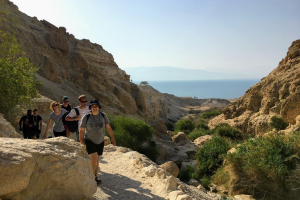 Have you ever wondered... where did David fight Goliath? could you really float in the Dead Sea? what is it like to uncover 3,000 year old artifacts? what would it feel like to walk where Jesus Christ walked?

Israel Dig and Tour 2021 may be your opportunity to find out!

The Living Education Archaeological Dig and Study Tour is the trip of a lifetime.

For 16 days, participants enjoy a study tour of the most famous places in biblical history. During the trip, every day brings new remarkable experiences visiting famous sites such as Caesarea, Mount Carmel, Dan, Capernaum, the Sea of Galilee, Armageddon, Jordan River, Masada, Dead Sea, Old City of Jerusalem, Temple Mount, Mount of Olives, the City of David and many more. 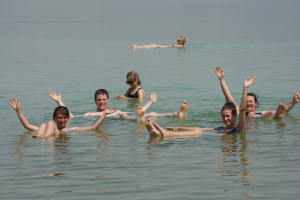 Along with touring the group will spend a week participating in an archaeological dig at the biblical site of Libnah in the Shephelah region of biblical Judah. This provides students the opportunity to dig into 3000 years of history to discover the city from the Iron Age time of the Kings of Judah. During the dig week the group has the opportunity to live in the Valley of Elah where David fought Goliath and visit famous biblical sites of Azekah, Gath, Lachish, Meresha, Gezer, and the Cave of Adullum. Students get to see the ancient cities of the Kings of Judah and walk the same ground as the first century Apostles.

The Dig/Study Tour is an exciting adventure! It aims to expand participants’ understanding of biblical geography, of biblical events and bring the Bible alive as only a feet-on-the-ground experience in the land of Israel can deliver.

1 week at Archaeological excavation of ancient city of Libnah

Touring in the areas of Galilee, Dead Sea, and Jerusalem 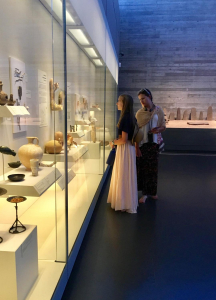 The Tour—Notable Locations and Artifacts 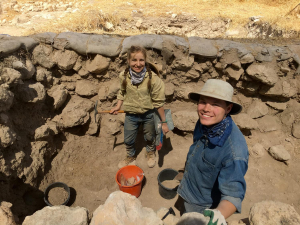 The group will be staying together in small apartments in Tiberias and Jerusalem during the touring part of the trip, and at the Kibbutz during the week of the archaeological dig. All housing is included in the cost of the trip. 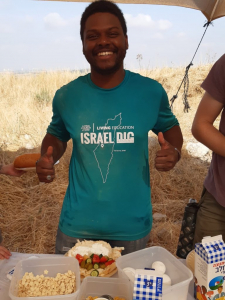 Breakfast, lunch, and dinner will be provided every day on the tour by the LivingEd staff. Kibbutz will provide all meals during week on the dig.

The climate in Israel is very hot and arid—temperatures in the summer months range anywhere from the 70s to lower 100s Fahrenheit, depending on the region. Participants should dress accordingly for the heat. Plan to bring a wide-brimmed hat, proper walking shoes, sunglasses, a long sleeved shirt to protect from harmful UV rays, bandanna, work gloves, and clothes good for getting dirty and dusty on the dig. Women should also bring along a long skirt and scarf for visiting holy sites where modest apparel is enforced. Click here for detailed packing list

All dig participants will receive a free Israel 2020 Dig and Tour t-shirt. Extra shirts may be purchased by participants. 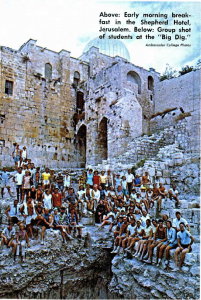 “Since 1867, many archaeological excavations have been conducted in Jerusalem, representing many countries and institutions. The most recent endeavor, before our present excavation, was in 1961 when the Jordanian Department of Antiquities, under the direction of well-known archaeologist Miss Kathleen Kenyon, began small scale trench method excavations of the Southern Wall area and the City of David. The work revealed, near the Temple Mount, a small section of pavement, a portion of a large building, and a column. Later an additional trial dig was started near the southeast corner but was soon discontinued due to pressure from local authorities.

Then in 1967, after the unification of Jerusalem, the archaeological institutions of Israel began considering the feasibility of a full-scale excavation of the entire Southern Wall area. With encouragement by the mayor of Jerusalem and the Israel Exploration Society, the present ‘Big Dig’ was launched in 1968, headed by Professor Binyamin Mazar….In the first winter recess, Ambassador College entered into the project jointly with Hebrew University and the Department of Antiquities. Beginning December of 1968, Ambassador began providing financial assistance to put the project on a full-time continuous basis, and in 1969 began to provide summertime student manpower. Work has continued unbroken since that time.” (John E. Portune “On the ‘Big Dig’ in Jerusalem” The Good News of Tomorrow’s World, Oct. 1971) 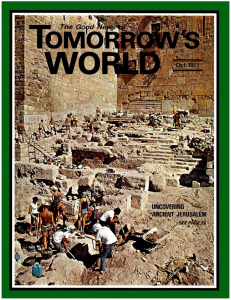 “Down in the holes digging is underway. In each of the areas some wield the picks and shovels. Behind them others fill the rubber buckets with the material dug free, Still others use brushes and small trowels to clean the building stones. As each full bucket is tossed or hoisted to the top, it is dumped into a rectangular sifting frame fitted over a wheelbarrow. After vigorous shaking, eager hands search the remains for the occasional intact pottery handle, the glint of a piece of glass or the telltale blue-green colour of a corroded coin. Finding Such long-lost artifacts generates a sense of excitement and provides information the experts need in dating the layers through which we dig.” 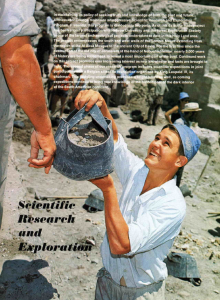 “In maintaining its policy of seeking truth and knowledge of both the past and future, Ambassador College maintains an agreessive Scientific Research and Exploration Program…The project encompasses the south and west walls of the Temple Mount extending from the region of the Al Aksa Mosque to the ancient City of David. For the first time since the destruction of the old city of Jerusalem at the hand of Nebuchadnezzar, nearly 3,000 years of history are being rolled back to reveal a most important part of the past.” 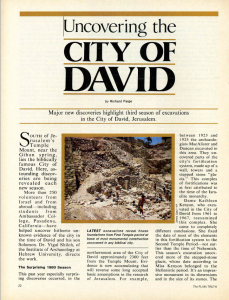 “More than 250 volunteers from Israel and from abroad—including students from Ambassador College, Pasadena, California—have helped uncover hitherto unknown
evidence of the city in the time of David and his son Solomon. Dr. Yigal Shiloh, of the Institute of Archaeology at Hebrew University, directs the work. 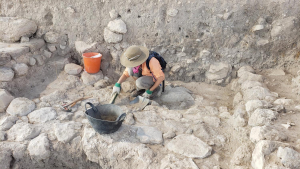 **It is recommended that participants budget extra money/cash for travel (emergencies, gifts, other personal expenses…etc)

Students of the Living Education program may be eligible to receive financial assistance to defer a portion of trip expenses. Amount allotted per student is subject to change based on number of applicants. Contact [email protected] for more information about this scholarship. 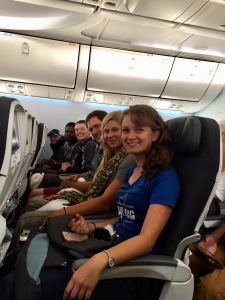 Flying home after a wonderful, and exciting adventure in Israel!

The group for the Israel Dig and Study Tour 2021 may travel together on the same flight to Ben Gurion Airport in Tel Aviv, Israel*. Trip participants will need to meet in designated airport hub city in the United States before group travels internationally.

COVID-19 Updates
Trip Status (March 24, 2021)
We have been in contact with the Tel Burna dig director who is looking forward to the prospect of having our group join them on the dig once again. While quarantine and travel restrictions are still a factor in terms of traveling internationally, we are planning for a scenario that would allow us to travel into Israel without a 14-day quarantine. Ultimately, the trip is dependent on the current travel restrictions being lifted.
Note: If entry into Israel in the month of June requires COVID-19 vaccine, the trip will be postponed or cancelled.
Recent update from Israeli Government (March 24, 2021)
Volunteers and Students not permitted to enter the country until April 6, 2021.
Policy of entry into Israel during the coronavirus period:
Israel Dig and Tour 2019

All the stuff you learn in class comes alive. You get to see so many biblical sites. You also get to eat delicious food!

Why would I need to convince someone to travel to the Holy Land? Honestly, this reminds me of what others said to me while I was in college: they always said that if I had the opportunity to study abroad that I should take it, as going abroad would never be as affordable as it is in college. Affordability is not the only factor to think of here, but also think of this: when will you have the opportunity to go to Israel with a group members from the Church, along with minister which will afford you to have Sabbath services with live messages? When will you have the opportunity to dig up rare archaeological finds in the Holy Land, or walk through places where our Savior Himself walked? Why must I convince you to visit Israel, when the land itself calls out to you from the pages of your Bible?

One thing that struck me about our participation in the Libnah dig was the opportunity that our Living Education Program students had to set a good example to all the other participants on the dig. The Dig Directors thought our students work ethic was marvelous and they were sad to see us depart. It was also interesting to me that one of the dig directors had heard of the positive reputation that Ambassador College had from their years of digging in Jerusalem and the City of David. These opportunities and connections made can lead to all sorts of opportunities to do the work of God in ways that may not be self evident. 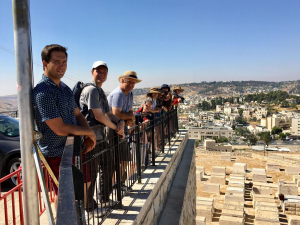 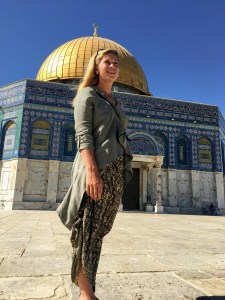 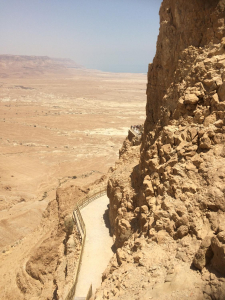 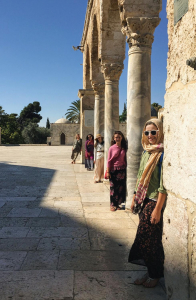 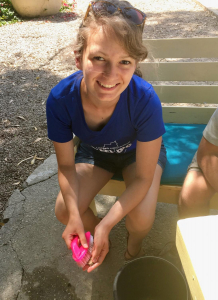 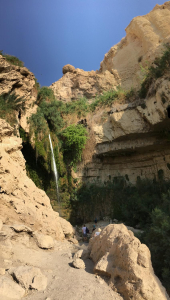 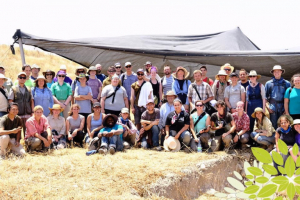 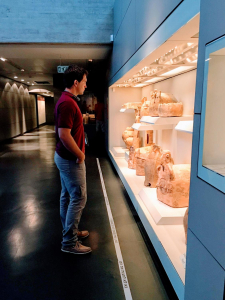 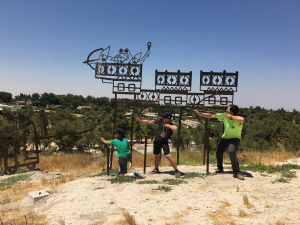 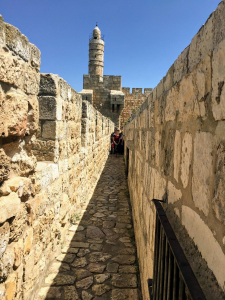 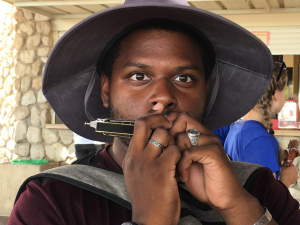 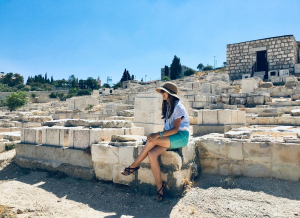 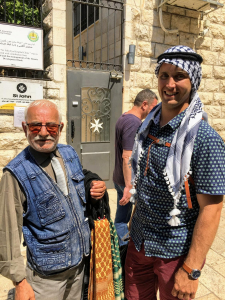 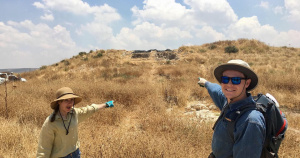 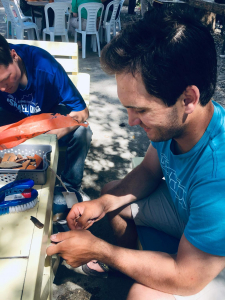 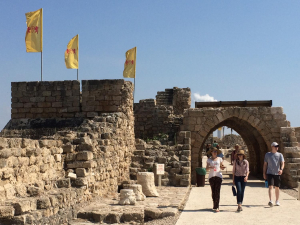 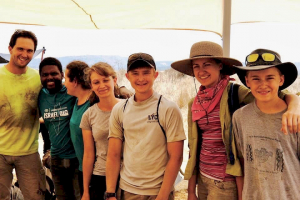