What does the Bible say?

In our society today, fewer and fewer people have any understanding of what the Bible is, where it came from and what it tells us.

This course is an introduction to the Bible as a whole, complete unit. It covers each and every book of the Bible over the course of the program year, giving a big-picture view. For each book, students learn about the author, the background, the major theme or themes, and a brief look at the content of the book. What is the geography of the cities and towns mentioned? What unique cultural conditions influenced the people that enter the account? Why did God inspire the author to emphasize the points that he did?

The instructor for this course is Kenneth L. Frank. Mr. Frank was born and raised in New Jersey, USA where he attended Monmouth College (now Monmouth University) for one year, majoring in history and government. Following that, he attended the three campuses of Ambassador College (later Ambassador University) in Big Sandy, Texas, USA; Bricket Wood, England; and Pasadena, California, USA. In the summer of 1971, he participated in an archaeological project jointly sponsored by Ambassador College and Hebrew University in Jerusalem. Upon graduation from Ambassador College with a Bachelor of Arts in Theology, he trained for the ministry in Canada and was ordained an elder in 1975. He pastored Canadian congregations in Manitoba, Saskatchewan, and Ontario for twenty-six years before returning to the United States where he served as a Living Church of God pastor in Maryland, Virginia, and North Carolina. He is married, father of four children and grandfather of seven. In 2014, he earned a Master of Arts degree in Christian Studies with an Emphasis in Pastoral Ministry at Grand Canyon University. Presently, he serves on the Living Education campus as instructor and minister. 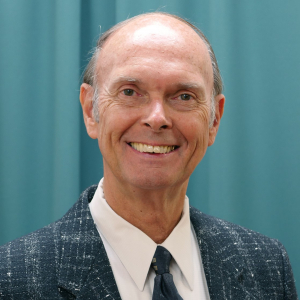